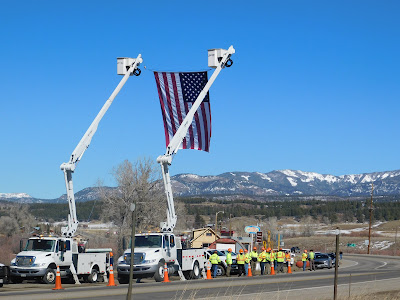 Our tight knit community was shaken when we held a heartwarming procession for Nolan Olsen on March 2nd, 2018. The Colorado Department of Transportation worker was a devoted husband, and a loving father and grandfather.  Olsen was most known for his wonderful work ethic, warm personality, and contagious smile.

Members of the CDOT community lined up their vehicles accompanied by maintenance patrol cars, policemen, and many others, all to demonstrate the concern and empathy for Olsen and his family members.  They drove his remains from Denver and began a ceremonial procession in South Fork. 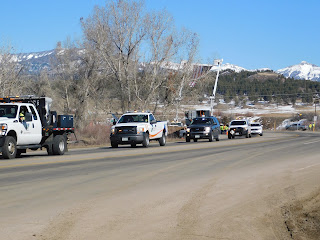 Our Country’s flag was waving high and proudly at the entrance of town.  There were many of his fellow work companions that paid their respects.  One CDOT worker and friend of Nolan’s said that when the procession was passing, he could feel his own heart being taken away with them.  There were also groups of locals and even tourists that held out signs of encouragement in this time of remembrance. 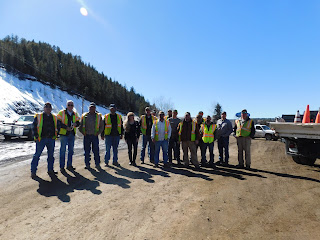 Nolan’s wife of 21 years stayed by his side throughout the nine days that he fought for his life in the hospital.  Olsen suffered extensive brain damage and was not able to recover from the injuries. He died very peacefully with his family by his side.

His granddaughter, Shannon Rogers, has been personally effected by this tragedy and was open and willing to make a statement in regards to how this has effected her family.  Shannon has high hopes that this will bring Work Zone Awareness country wide. Leaving no other families or communities with the heartache that Pagosa has felt. 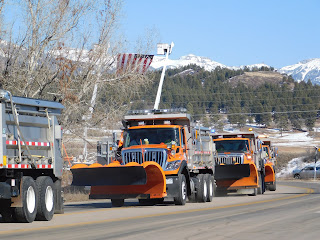 It’s effected my family in a lot of ways that we never expected. It was all so sudden, and even after everything, it still doesn’t feel real. Nobody should have to go through what my family, but especially my grandmother, has had to endure these last few weeks. Although, if there’s one point we know Nolan would want us to make out of all of this, is that there are real people out there, with loving families that expect them to come home every night. Nolan didn’t get to go home that night because of a hasty decision. It was easily avoidable and a horrible mistake. He will be missed dearly. -Shannon Rogers, Granddaughter

Rest in Peace, Nolan.  Your story has brought awareness to many.